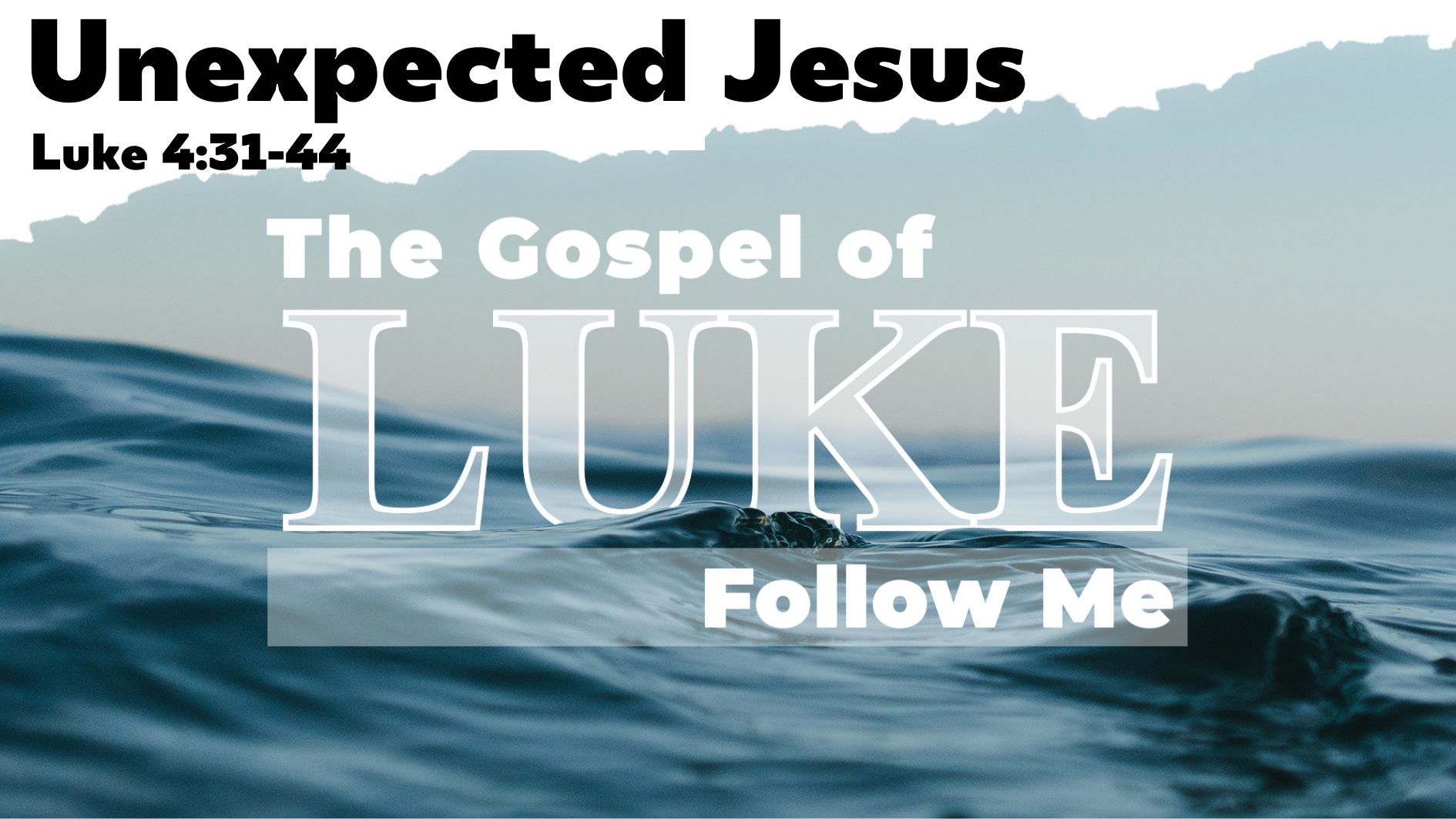 “Expect the expected.” That was what Seattle Mariners’ manager Scott Servais said earlier this week when asked about this weekend’s wildcard playoff game between the Mariners and the Toronto Blue Jays. And yesterday afternoon when l checked the score at the top of the 6th to see that the Mariners were down by 7 runs, I told my son, “Well, there’s no point turning that game on.”

And statistically speaking, there was no point in turning the game on. According to a chart I saw this morning, the Mariners had a 1% chance of winning at that point of the game. So, imagine my surprise this morning when I checked the result. “Expect the expected,” said Scott Servais. More like expect the unexpected. And what a joy it can be when something unexpected happens, right? Of course, I’m totally expecting them to crash and burn in Houston next week!

Welcome to Chapel Hill, my name is Ellis, and I’m one of the pastors here. I’m really glad that you have joined us today, whether in person or online. Pastor Mark, who kicked off this new series four weeks ago, is taking a well-earned vacation, but we’re continuing working through Luke’s gospel—one of the four biographies of Jesus’ life. One of the things I love about examining Jesus’ life is that we see him doing unexpected things. Just like the Mariners in last night’s game, Jesus is often equally unexpected. This morning we are going to hear about a day in the life of Jesus, in fact, what many believe to be his very first day of ministry. And he does three unexpected things in this passage that I believe we can learn from. So, let’s read together, from Luke 4:31 and following:

“And [Jesus] was teaching them on the Sabbath, and they were astonished at his teaching, for his word possessed authority. And in the synagogue there was a man who had the spirit of an unclean demon, and he cried out with a loud voice, “Ha! What have you to do with us, Jesus of Nazareth? Have you come to destroy us? I know who you are—the Holy One of God.” But Jesus rebuked him, saying, “Be silent and come out of him!” And when the demon had thrown him down in their midst, he came out of him, having done him no harm. And they were all amazed and said to one another, “What is this word? For with authority and power he commands the unclean spirits, and they come out!” And reports about him went out into every place in the surrounding region.

And he arose and left the synagogue and entered Simon’s house. Now Simon’s mother-in-law was ill with a high fever, and they appealed to him on her behalf. And he stood over her and rebuked the fever, and it left her, and immediately she rose and began to serve them.

Now when the sun was setting, all those who had any who were sick with various diseases brought them to him, and he laid his hands on every one of them and healed them. And demons also came out of many, crying, “You are the Son of God!” But he rebuked them and would not allow them to speak, because they knew that he was the Christ.

And when it was day, he departed and went into a desolate place. And the people sought him and came to him, and would have kept him from leaving them, but he said to them, “I must preach the good news of the kingdom of God to the other towns as well; for I was sent for this purpose.” And he was preaching in the synagogues of Judea.” (Luke 4:31–44 ESV)

This is the Word of the Lord. Thanks be to God.

We find Jesus in the city of Capernaum, which is a city right on the Sea of Galilee, at about 11 o’clock if the Sea was a clock face. And Jesus begins this day, which is the Sabbath, like every good Jewish man, by going to the synagogue. Jesus was a teacher, but in Capernaum, Jesus was not well known, and as Jesus teaches, he stuns the people. They are amazed by his teaching—it had authority like none of those they had heard before. And then, all of a sudden in the midst of his teaching a man starts crying out, “Ha! What have you to do with us, Jesus of Nazareth? Have you come to destroy us? I know who you are – the Holy One of God.” Luke 4:34

Now, I believe I hold the record on our staff of being interrupted in my sermons by someone having a medical incident more than anyone else. I’ve had it happen to me three times. But, I have never to this point been heckled. And don’t get any ideas!

But Jesus is heckled in the synagogue on his first day of ministry…
And how Jesus responds to this man is the first of three unexpected things that surprise me about Jesus on this opening day of ministry. And the first is this, Jesus put Relationship before Recognition.