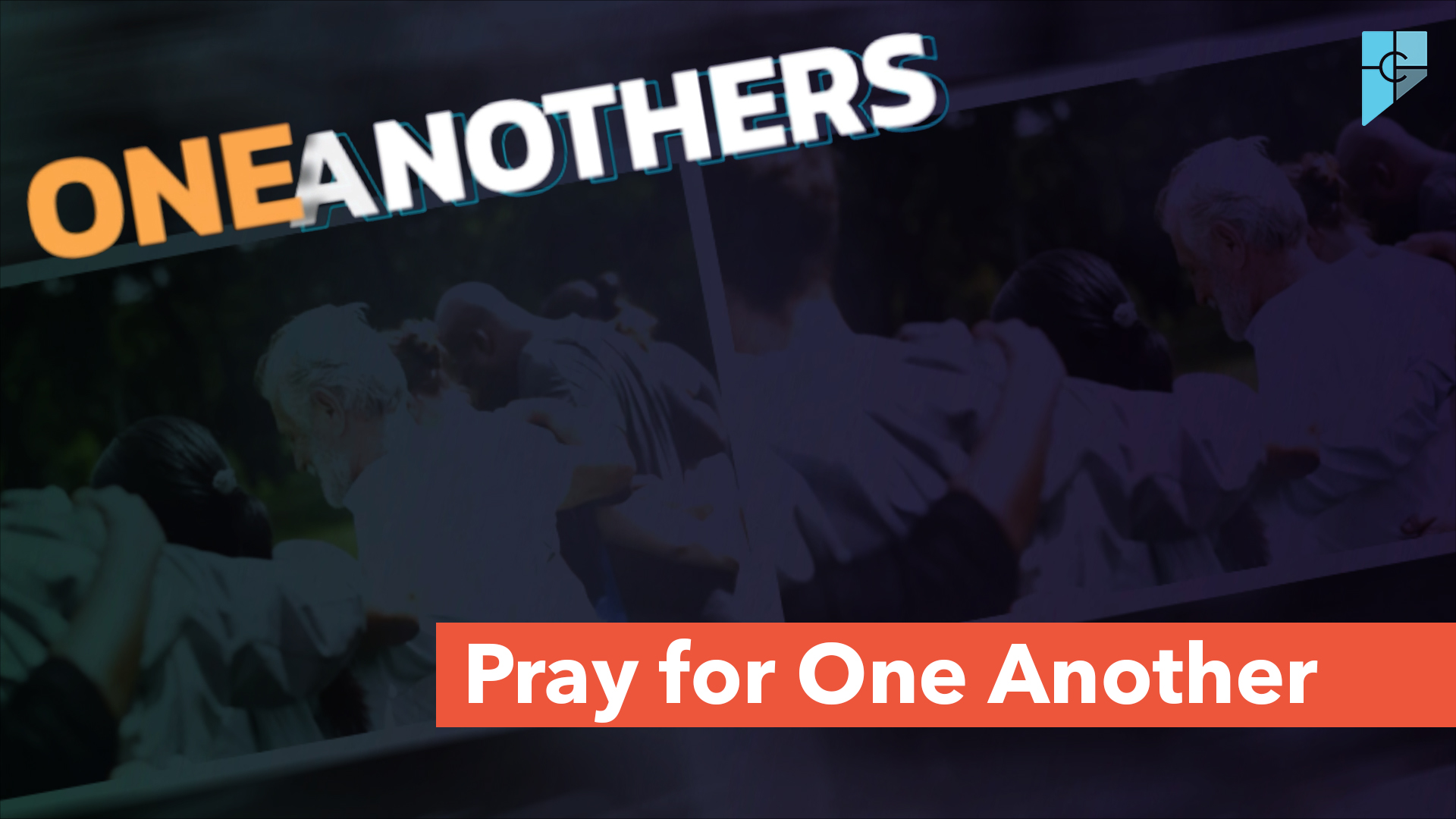 Pray for One Another

Pray for One Another

Good morning, Chapel Hill! For those of you who don’t know me, I’m Pastor Gunnar. And I’m so grateful to be with you this morning as we continue our sermon series on the “one anothers” of the Bible. We have been exploring together how the New Testament calls us to live with one another as fellow believers. And this morning, we are digging into our next theme: the topic of prayer.

Those of you who know me well know that one of my heroes is Fred Rogers. You may know him better as Mister Rogers from the popular children’s TV show. I read his biography several years ago and seeing the love and compassion of this man changed my life. One story stood out to me in particular about a boy that he met with cerebral palsy.

This boy had had a rough upbringing. He was mistreated by his caregivers as a small child so badly that he started to believe that he himself was a bad kid. And that damage to his self-esteem eventually led to him getting these fits of rage, where he would start to hate himself and hit himself…but there was one show that would always help him calm down: Mister Rogers’ Neighborhood. The boy grew up to be a teenager and, because of a foundation designed to help kids just like him, he got the incredible news that he would meet Mister Rogers in person.

Sometime later, Mister Rogers was asked how he could have come up with such an amazing solution—to ask this boy to pray for him. But Mister Rogers was surprised by the observation– he didn’t see the situation the same way. His response was: “Oh heavens no! I didn’t ask him for his prayers [to help] him; I asked for me. I asked him because I think that anyone who has gone through challenges like that must be very close to God. I asked him because I wanted his intercession.”

There is power in prayer. It doesn’t just transform the person we’re praying for. It transforms us, too! If we want to get in on that transformative power of prayer, then we are going to have to learn how to pray together. So, we are going to dig into scripture this morning to find three approaches to prayer in the church. But before that, we should probably pray!

There are three ways that the New Testament calls us to engage in prayer in the church.

The first is this: Pray for One Another
Here’s what James 5:16 says, “Therefore confess your sins to each other and pray for each other so that you may be healed. The prayer of a righteous person is powerful and effective.” (NIV)

According to this verse, praying for one another means that we are going to have to have the courage to admit when we need help and the compassion for others when they do the same. It’s only then that our prayers do any good. We can only pray for what we know. And we can only receive prayer when we’re willing to let others in. It’s only when we take that posture that we open the doors to the blessing of God.

I remember when a friend of ours called us up and shared with us just how challenging her situation was at work. This friend is brilliant—she’s working on her Ph.D. in immunology. And she was working for a ruthless mentor in her Ph.D. program. This mentor would treat her terribly: she would tear her down verbally, she would criticize her constantly, and she clearly wasn’t invested in her development.

Our friend felt stuck. She was too far into her program to find another mentor or go to another school. And she had tried everything she could within the system to better her situation. But nothing really quite worked. As she shared this with Aimee and me, we felt compelled to pray for a breakthrough in her situation—that God would intervene and bring a resolution where nothing else had worked. So, that’s what we did. We prayed for a breakthrough…

A few weeks later, our friend sent us a text. And this is what it said: “Thank you guys for your prayers. It’s a miracle, things have been a 180 with my mentor. Completely different response and attitude and I am so thankful.” Isn’t that awesome? By praying for the specific need of our friend, we got to participate in the blessing of God in her life. This is the power of prayer! This is what happens when we pray for one another.