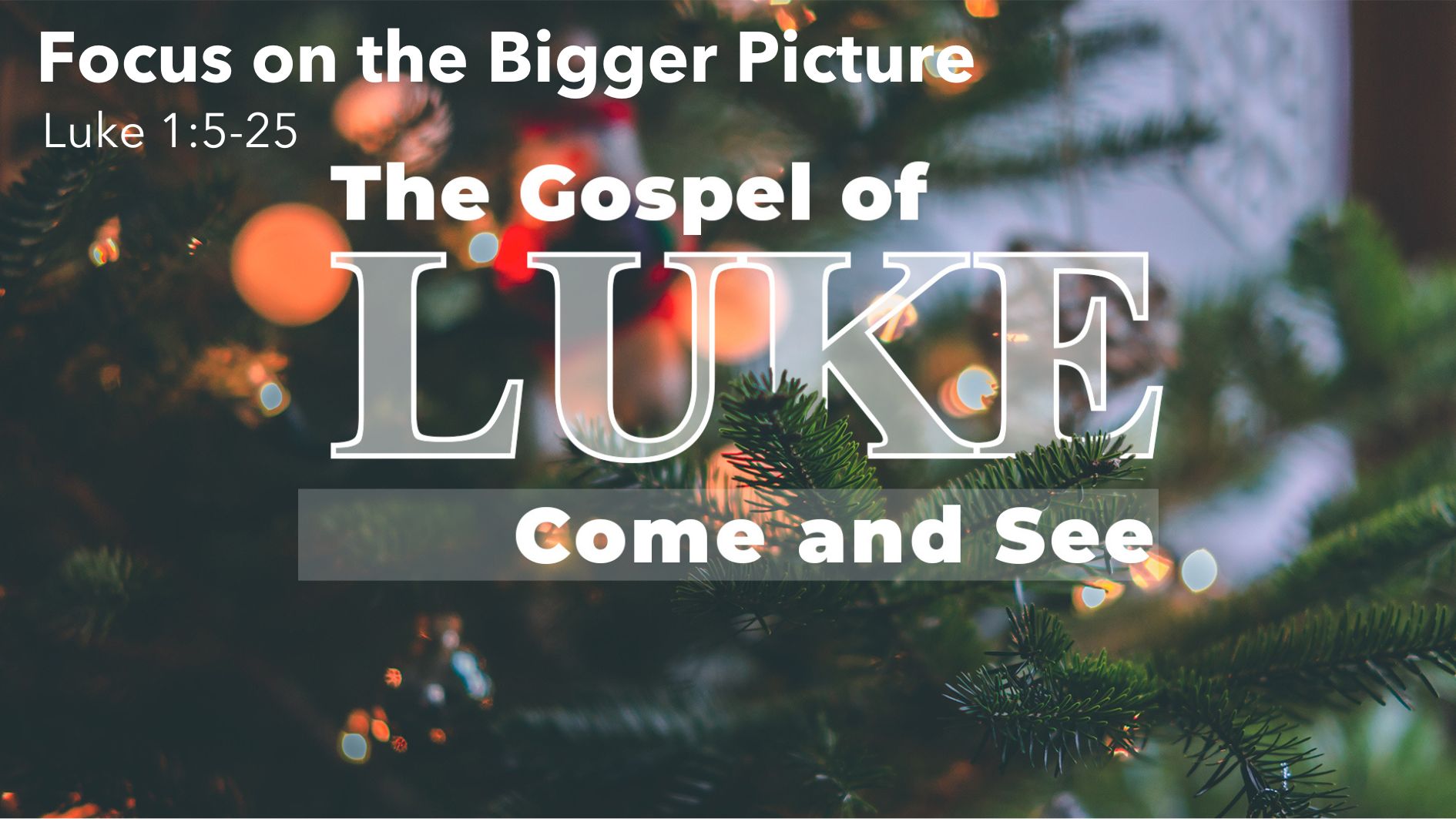 Over the last few weeks my family and I have been on a bit of a puzzle kick; we’ve completed numerous puzzles together as a family. As the weather has cooled down, and our kids have grown a little bit older, it has developed into an enjoyable indoor family activity. Now, I don’t know if it’s cheating, but my technique has been to pick up a piece, look at the picture of the puzzle, figure out where the piece goes and then lay it down in that general area. I did this for a good 90 mins last weekend, totally engrossed in the very smallest details of every single piece I picked up. As I had been so focused on the individual pieces, I missed the fact that the whole puzzle had been coming together. It wasn’t until I stepped back and saw the whole thing that I realized how much I had completed.

Sometimes, I think we live life just like that. We can become so focused on the puzzling pieces that present themselves that we lose sight of the big picture. Perhaps you are there right now? You have an issue at work, or money problems, or you’ve had another argument with your spouse, or your child isn’t talking to you. Not that these things aren’t important, but sometimes I think they can occupy so much of our attention that we miss the big picture, just like I missed the big picture by focusing on the individual puzzle pieces. And often, when we do step back and look at the big picture of our lives, those puzzling pieces become a lot less significant, as we see the reality of the beautiful picture that God is creating. And this morning, we’re going to meet a man and a woman who did just that.

Good morning and welcome to Chapel Hill. My name is Ellis and I’m one of the pastors here. Thank you for joining us, whether in person or online. Today is the first Sunday of a season we call Advent. This is a season in the life of the church where we anticipate the coming of Jesus, which we celebrate on Christmas Day. And over the next four Sundays we are going to go back to the beginning of Luke’s gospel—the account of Jesus’ life we have been studying—and walk through the passages that anticipate the coming of Jesus on that first Christmas. We’ve been journeying through Luke’s gospel since September, but if you remember we began in chapter 3 with the ministry of the man called to prepare the way for Jesus: John the Baptist. Today, we’re going to go back to chapter 1, where we meet John’s parents: Zechariah and Elizabeth. Here’s how Luke introduces them in chapter 1, verses 5-7:

“In the days of Herod, king of Judea, there was a priest named Zechariah, of the division of Abijah. And he had a wife from the daughters of Aaron, and her name was Elizabeth. And they were both righteous before God, walking blamelessly in all the commandments and statutes of the Lord. But they had no child, because Elizabeth was barren, and both were advanced in years.” (Luke 1:5–7 ESV)

Zechariah and Elizabeth were about as good as you could get when it came to the Jewish faith. They both had the right heritage, with Zechariah being a priest himself, something that at that time was only possible through being born into the right family. And Elizabeth was descended directly from the original high priest—Aaron. But more than that, Luke records they were righteous before God—they both lived lives that honored God and his commandments. And yet, despite being born into a great family, and having lived faithfully, they had no kids, and were now old.

In the first century, this didn’t compute. Kids were seen as a blessing from God, and those who lived righteous lives were deemed to receive more of God’s blessings. Yet, these two righteous people—Zechariah and Elizabeth—were not blessed in that way. And this didn’t make sense to people. And, to be honest, I think it probably doesn’t make sense to many people today. I know friends who have struggled with infertility, and they have prayed, and sought to live righteous lives, and seek God first, and yet, they are still without children and too old to conceive. And they are left asking the same question I think Zechariah and Elizabeth were asking: why? It doesn’t make sense.

But this puzzling piece of their life still didn’t seem to affect their desire to live faithfully; they continued to serve God, as we see when we keep reading. Verses 8-10:

“Now while he was serving as priest before God when his division was on duty, according to the custom of the priesthood, he was chosen by lot to enter the temple of the Lord and burn incense. And the whole multitude of the people were praying outside at the hour of incense.”
(Luke 1:8–10 ESV)