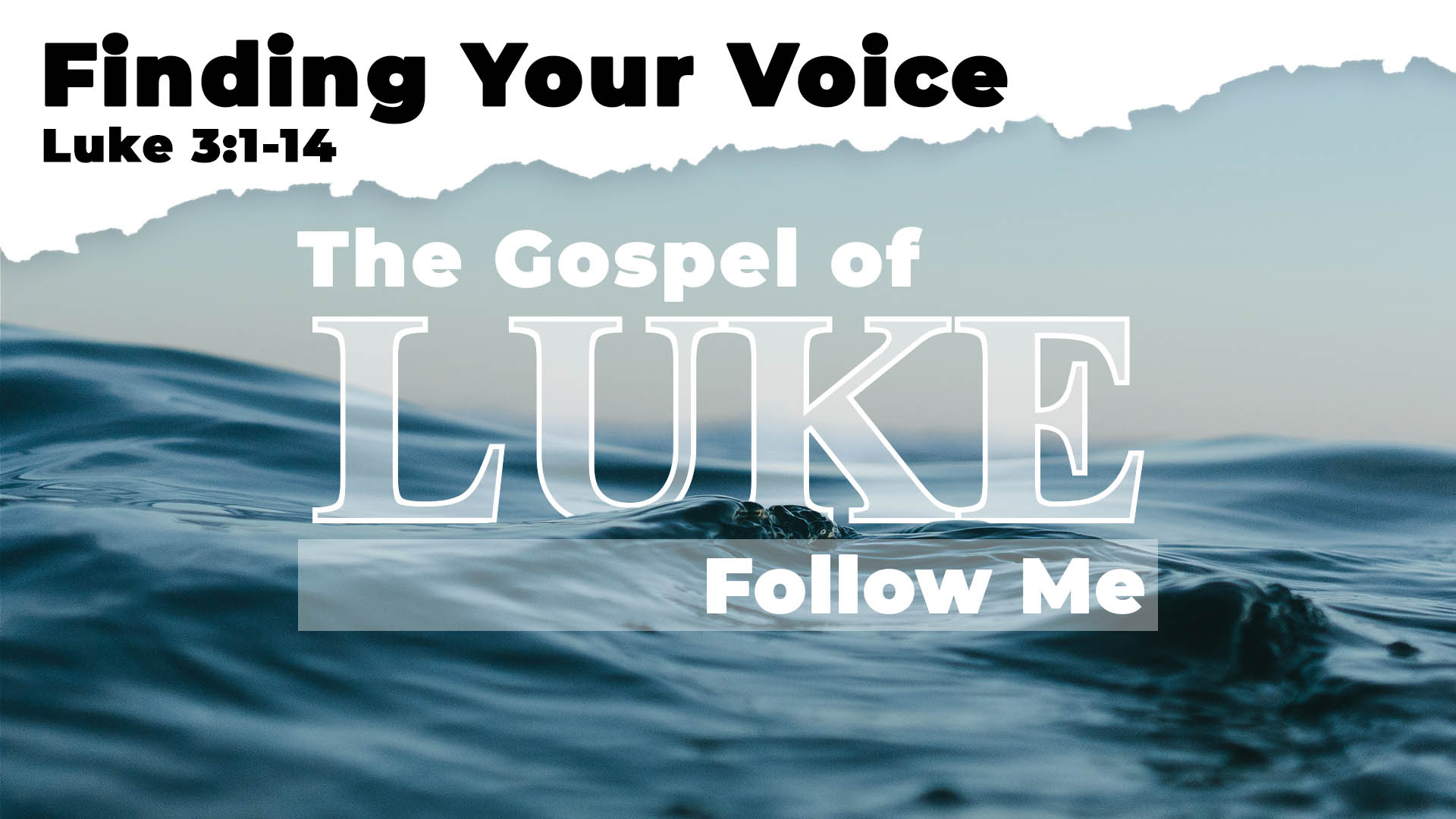 Good morning, my Sweetheart Church! I’m Pastor Mark Toone and it is great to welcome you to the kickoff of another program year at Chapel Hill. I saw a lot of cheek-kissing going on in the foyer this morning so I assume you must have been here last week to hear Pastor Ellis’ sermon on “Welcome each other with a holy kiss!” At my Lifegroup on Friday, the first three men who walked into the room…kissed me on the cheek! Ellis, what have you done!?

Cyndi and I snuck away for a week in a certain tropical state…and it was great. Golf, shave ice, long walks to work off the shave ice…and lots of snorkeling. But one afternoon paddle was particularly memorable. I was swimming back to shore when suddenly, a dark creature pulled me underwater. All I could think about was those shark attacks in the headlines…and there are Tiger sharks in that area! I clawed my way back to the surface and made it to shore without any damage…except my butt muscles were strained because I was puckered up so tight!

And then I saw the creature that had assaulted me. A monstrous black dog. His owners said they were sorry; that he just wanted to play with me. As my heart rate dropped, I asked what the dog’s name was. They said Kolo’he…which means “rascal” or “mischief-maker.” Well, he certainly lived up to his name!

2000 years ago, another mischief-maker was pushing people under water. But not by surprise. They asked for it. This guy was considered a rascal by those in power…but he didn’t care. He was on an assignment from God…and crowds of people streamed into the wilderness to hear the preaching of, and be baptized by, a man named John.

This morning we launch a year-long sermon series on the gospel of Luke. We will save the Christmas story for Advent so let’s start in Luke 3, the story of John the Rascal.

“In the fifteenth year of the reign of Tiberius Caesar, Pontius Pilate being governor of Judea, and Herod being tetrarch of Galilee, and his brother Philip tetrarch of the region of Ituraea and Trachonitis, and Lysanias tetrarch of Abilene, during the high priesthood of Annas and Caiaphas, the word of God came to John the son of Zechariah in the wilderness. And he went into all the region around the Jordan, proclaiming a baptism of repentance for the forgiveness of sins. As it is written in the book of the words of Isaiah the prophet, “The voice of one crying in the wilderness: Prepare the way of the Lord, make his paths straight. Every valley shall be filled, and every mountain and hill shall be made low, and the crooked shall become straight, and the rough places shall become level ways, and all flesh shall see the salvation of God.’” Luke 3:1-6

Luke is the first of a two-volume work. The second volume? Acts! The history of the early church. Luke was a physician and traveling companion of Paul. And he was a historian. According to the first verses of his gospel, he read many accounts of Jesus…surely including Mark’s gospel…and did interviews with eyewitnesses before he wrote his own account of the life, ministry, death, resurrection…and ascension… of Jesus Christ.

I love this gospel. Luke tells more parables than any other gospel including the two most famous parables: The Good Samaritan and the Prodigal Son. Only in Luke! No gospel mentions the Holy Spirit more than Luke. No gospel does more to honor women than Luke. No gospel is more concerned for the poor than Luke. Luke is the gospel for the outsider. Whether or not he was a Gentile (as many believe), he is kinder to non-Jews than any other writer. But preeminently, no gospel is more concerned for the lost. His theme verse is 19:10: “For the Son of man came to seek and to save the lost.” Luke 19:10. It is the centerpiece of Luke’s gospel. Chapter 15 is devoted to the seeking of lost things: lost sheep, lost coin, two lost sons. And his point? Every single lost soul is precious to Jesus. Every…single…lost…soul. My daughter Rachel calls Luke the “Gospel of Mercy.”

Here’s why I think this matters to us; why it’s worth spending a year with Luke. I don’t think most Christians really care about lost people. Not really. We say we do…but we don’t live as if we do. Not really.

You might have heard of the abduction and murder of a young woman in Memphis. Well, Eliza was a believer…a member of our sister congregation, Second Pres. Her pastor is my friend. So, when she went missing…when she was lost to us…it hit me hard. It is horrible…wicked…and grievous. I grieve her loss and pray for her family and church; I hope you do, too.