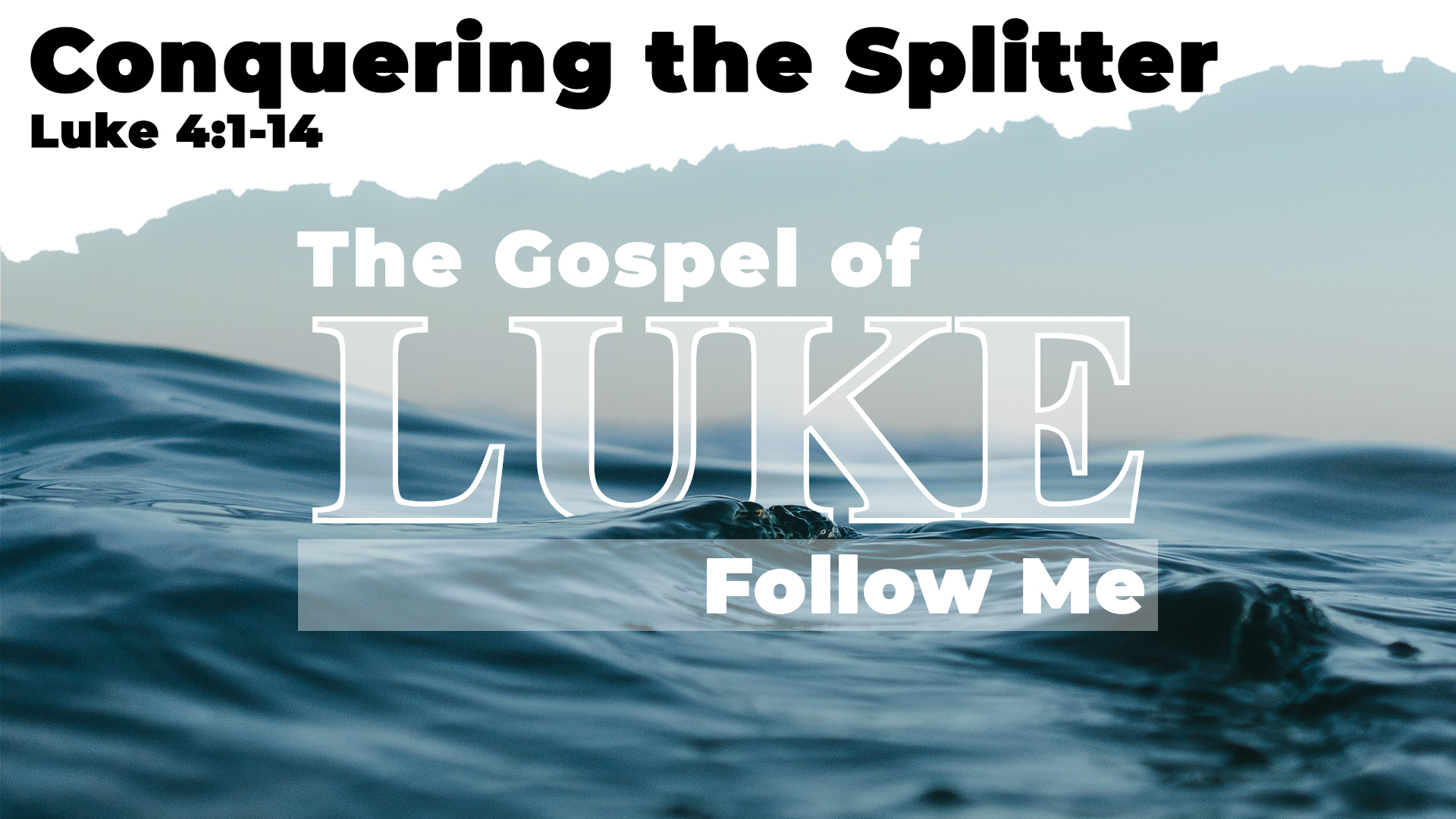 A few days ago, I was dead asleep when my alarm went off. I almost always wake up before the alarm…and it was really loud…so I rolled over quickly to turn it off. What I didn’t realize was how close I was to the edge of the bed. I rolled right out of the bed…and hit my head on the corner of the nightstand on the way down. I just lay there on the floor, stunned. That was the start to my day. Cyndi was still in North Carolina so at least I avoided the humiliation of my wife witnessing her husband falling out of bed. But then I thought, what if I’d injured myself? I don’t have one of those, “I’ve fallen and I can’t get up” buttons around my neck. That would have been an unpleasant surprise when Cyndi returned 5 days later. “Honey, I’m home. Hmm, what’s that smell?” As I said, not a pleasant way to start out.

This morning in Luke’s gospel, we discover Jesus about to start his ministry. After 30 years of silent obedience in Nazareth, his time has come. He’s been introduced by John the Baptist. He’s been baptized. Filled with the Holy Spirit. The voice of the Father has spoken love and blessing over him. “You are my beloved son; with you I am well pleased.” Quite a start, wouldn’t you say? Like God is saying, “Go get ‘em, Tiger.” Well…he does go get ‘em…but not the one you expected. Before his ministry will come testing. And it is a very rough start.

Luke 4: 1-15, “And Jesus, full of the Holy Spirit, returned from the Jordan and was led by the Spirit in the wilderness for forty days, being tempted by the devil. And he ate nothing during those days. And when they were ended, he was hungry. The devil said to him, “If you are the Son of God, command this stone to become bread.” And Jesus answered him, “It is written, Man shall not live by bread alone.’” And the devil took him up and showed him all the kingdoms of the world in a moment of time, and said to him, “To you I will give all this authority and their glory, for it has been delivered to me, and I give it to whom I will. If you, then, will worship me, it will all be yours.” And Jesus answered him, “It is written, ‘You shall worship the Lord your God, and him only shall you serve.’ And [the Devil] took him to Jerusalem and set him on the pinnacle of the temple and said to him, “If you are the Son of God, throw yourself down from here, for it is written, ‘He will command his angels concerning you, to guard you,’ and ‘On their hands they will bear you up, lest you strike your foot against a stone.” And Jesus answered him, “It is said, ‘You shall not put the Lord your God to the test.’” And when the devil had ended every temptation, he departed from him until an opportune time. And Jesus returned in the power of the Spirit to Galilee, and a report about him went out through all the surrounding country.”

So, we have an enemy. A spiritual enemy. His Hebrew name is Satan. (I mistyped it as “Stan” when I was writing this. “Stan” wouldn’t be a very intimidating name for a spiritual arch-enemy, would it?) But most people don’t believe in Satan…even many Christians. We caricature him with red skin, claws, horns and a pitchfork. But the scripture suggests Satan was, at one time, one of God’s most beautiful and powerful angels…until he became puffed up with pride, led a rebellion against God and was cast out of heaven.

Luke believed in Satan. So did John. He calls Satan the “Father of lies” and “the ruler of this world.” Paul believed in him. All the disciples and the rest of the early church believed in him. Most importantly, Jesus believed in a real, literal spiritual enemy. Perhaps he had Satan in mind when he spoke of “the thief who comes to kill, steal and destroy.” And that line in the Lord’s Prayer, “Deliver us from Evil…” did you know it can just as accurately be translated, “Deliver us from the Evil One…’”.

So, if you have dismissed the idea of Satan…a real, personal spiritual enemy, you might wish to reconsider. The Greek name for Satan is diabolos; Devil. From two words: dia which means “through” and ballo which means “to throw.” So…literally… “Diabolos” means to “throw something through something.” To divide by force. To separate. Let me illustrate.

That’s the meaning of the Devil’s name. The Splitter! His evil purpose…is to divide. To split. That…is what the Devil wished to do…with Jesus. Before he had preached his first sermon. Before he had performed his first miracle or cast out his first demon…he was going to split Jesus off from his relationship with the Heavenly Father. Take him out of the game before he’d thrown his first pitch.