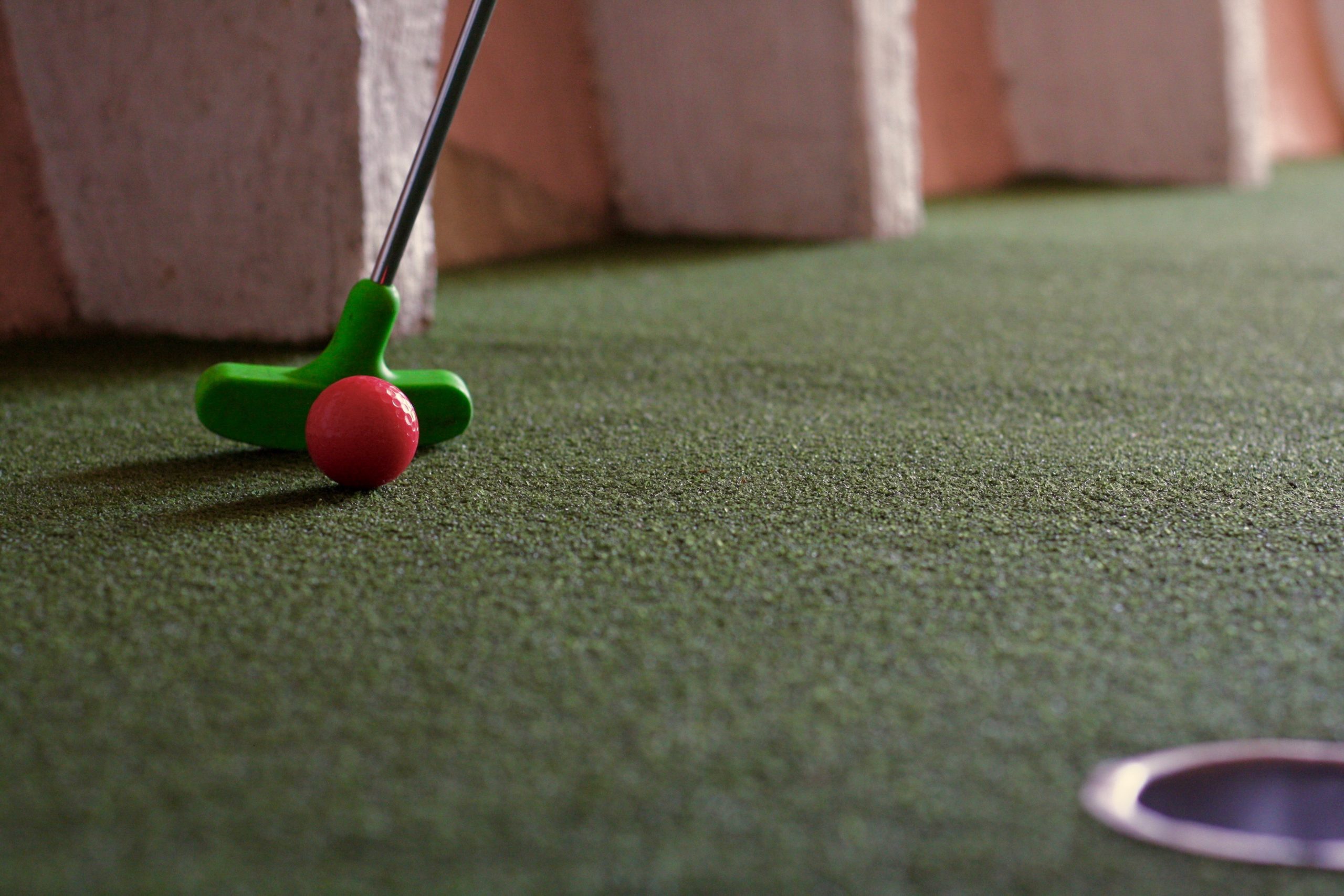 Last Sunday Cyndi and I went to a BBQ that was held to say farewell to John Roberts, one of our dear and faithful volunteers, who is relocating to the land of Micky Mouse and alligators.

The host family has a large putting green in their backyard with five holes. Tim, the homeowner, told us that the family record was “five”; that is, five holes-in-one in a row. He proudly declared that the record had been set twice…and then challenged us to go for it.

I set no record. I wasn’t even close. I love golf but am not a particularly distinguished putter. But this day, my worst putting “yips” were on full display. I went ‘round and ‘round, trying to learn the green and improve my score. I kept trying different putters. (He had a bagful of them.) Made no difference. It was pretty awful.

Then, out walks my wife. “That looks fun,” she said. “Where do you start?”

“Right there,” I pointed. So, she pulled out a putter at random and, without even a practice stroke, took aim at the first hole. And sunk it. Then, the second. Sunk it. Third? In in one. On the fourth, she stumbled a bit, making a two. And the final hole? Another ace. Cyndi came within one of the “family records” with her first six putts on that green.

I put my putter (my fifth different putter) back in the bag and went for some potato salad.

So…who cares? Well, I’ll bet a lot of you might because the prospect of my wife whomping me on anything golf-related would delight you. But it is also a perfect introduction to my sermon for tomorrow morning, our next in the “One Anothers” series.

What I just did for my wife in this blog…is exactly what Paul (and Jesus) encourages all believers to do for each other. And if we could ever get hold of this—if we could ever live out this one simple admonition…it could really…change…everything.

So, what is that mysterious “one another?” Well, you’ll have to show up tomorrow to find out. See you then.