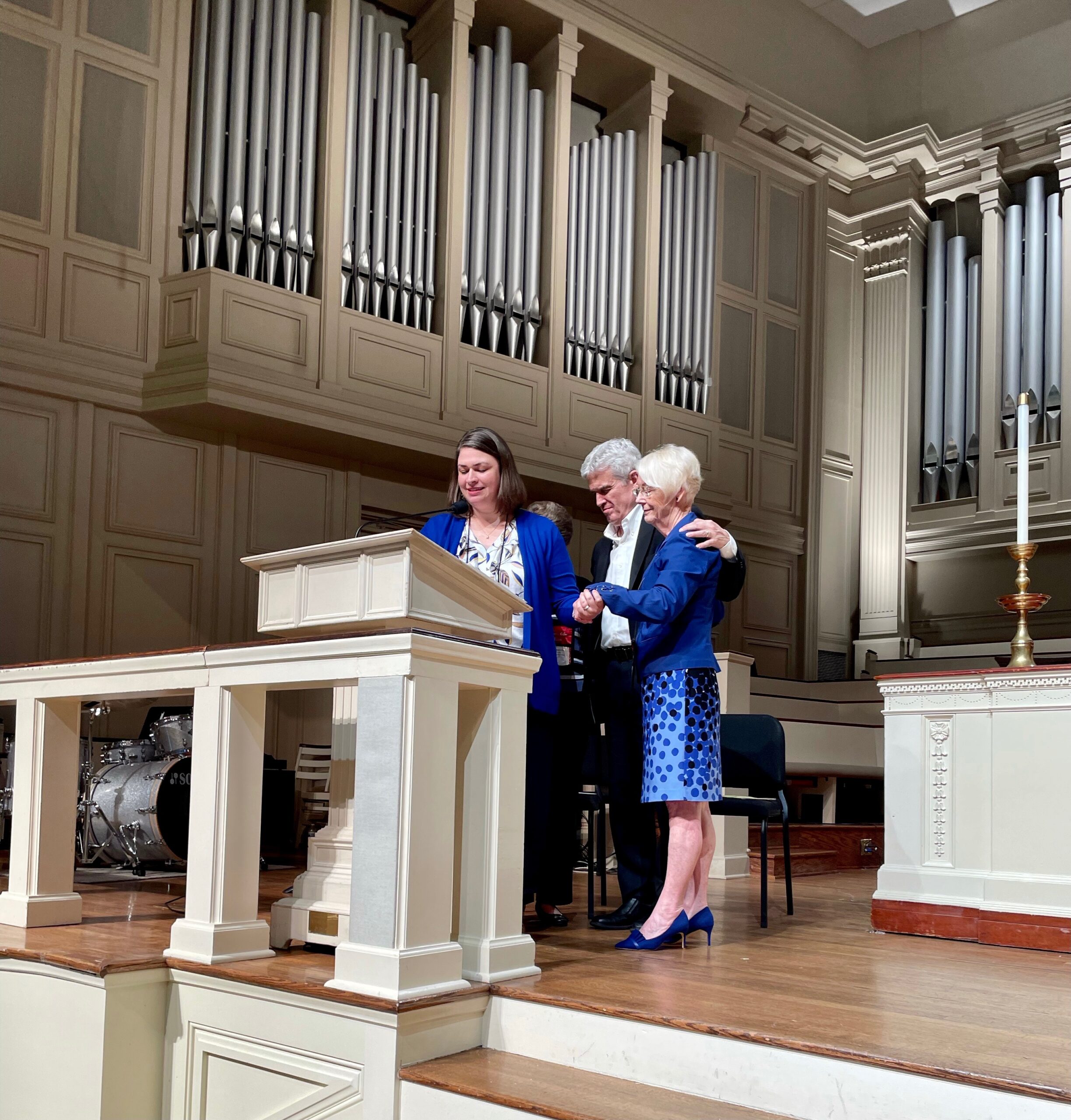 Last week was our “General Assembly,” the annual gathering of our national church, the Evangelical Presbyterian Church (EPC.)  It is a big deal and you would have been proud of how Chapel Hill was represented.  Pastor Megan was featured in a video about church planting.  Pastor Julie chaired one of the standing committees.  Pastor Rachel Toone (yes…we still consider her one of ours)…raised a strong enough concern about a proposed piece of church legislation that it was withdrawn to be more carefully considered.

But the BIGGEST deal of all was our elder, Rosemary Lukens, who was chosen as the very first woman moderator in the history of our denomination. Moderator is our highest elected office, the person who runs the entire General Assembly.  As I said in my nominating speech (which you can see here…scrub ahead to 5:14:27), Rosemary Lukens is OUR gift back to a denomination that has been such a wonderful home for Chapel Hill.

As historic as this is, something else happened to Rosemary that will go down in EPC lore.  She and husband Dave flew in Monday.  Their flight was delayed and so, by the time they arrived in Memphis at 2:00 a.m., all the rental cars were gone!  And there were no taxis, no Uber, no Lyft, and no hotel shuttle.  They were trapped at the airport.

Rosemary being Rosemary, did not want to call and awaken anyone at 2:00 a.m.  And there were  hundreds more in the same predicament.  But only Rosemary came up with this creative…and slightly illegal…solution.

She and Dave went BACK to the rental agency, found the “Return” car lot—the ones that had not yet been cleaned—and started trying the doors.  When they found one that was open…larger and reasonably clean…they put their bags in the back seat, got in, locked the doors, tilted the seats back and went to sleep for four hours!

As I said, hundreds of other people were stuck at the airport.  Only Rosemary came up with this solution.  Creative, innovative…and gritty.  Just the kind of woman we need to lead our denomination in these changing times.

I thought you’d be proud…and would find this hilarious!

See you tomorrow as we celebrate our incredible freedoms as Americans.